SCF Foundation Board of Directors 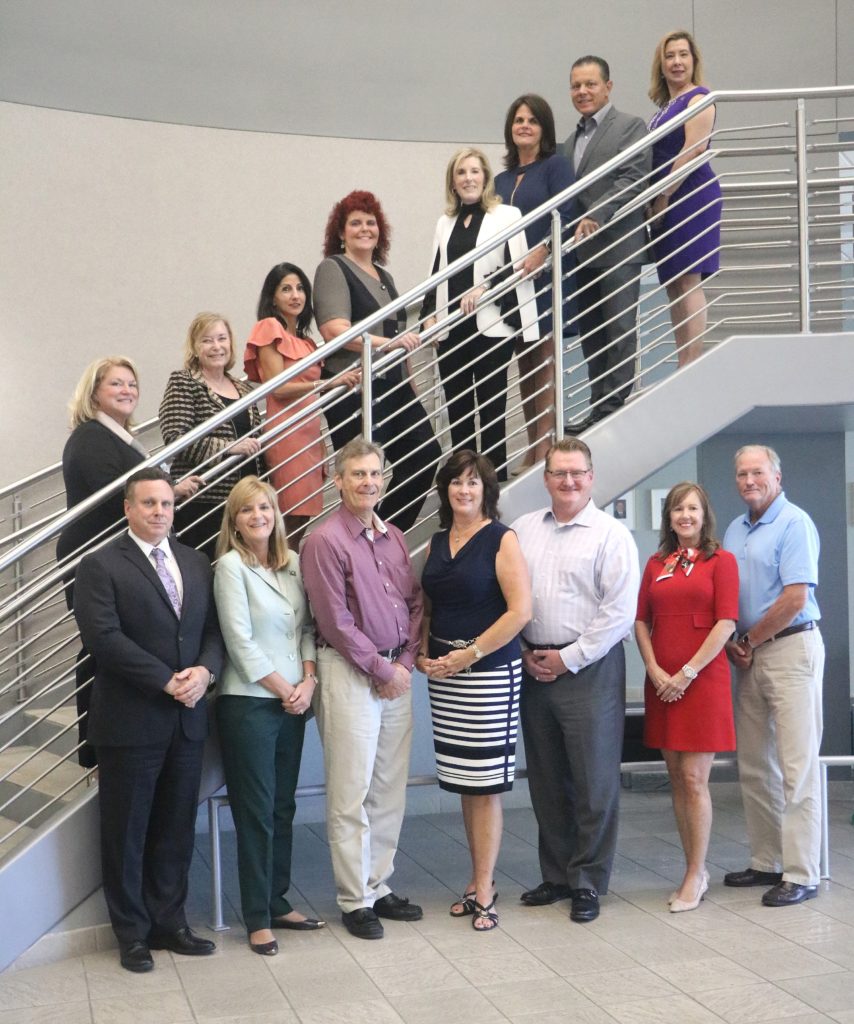 Members of the Foundation’s Board of Directors volunteer their time and talents to help The State College of Florida achieve its mission. Our board members are leaders in the business and civic sectors of Manatee and Sarasota counties. They believe in higher education and recognize The State College of Florida as one of the areas major resources, educating and training our workforce, future employees and the community in which we live. The Board contributes their expertise and gives generously of their time and resources. Providing external oversight of the Foundation’s operations, the Board has an active committee structure which includes an Asset Management Committee, Audit Committee, Finance Committee, Development Committee, Nominating Committee, and a Scholarship Committee. 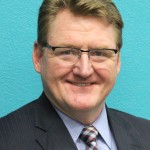 Mike is a Wealth Management Advisor with Northwestern Mutual Wealth Management Company. He holds a Bachelor’s of Business Administration and Finance Degree from the University of Georgia. In addition, he holds his Chartered Life Underwriter and Chartered Financial Consultant Degrees from the American College and is a CERTIFIED FINANCIAL PLANNER™ Professional as certified by the CFP Board.

Mike enjoys the outdoors with his wife Anne and their three sons boating, fishing, and snow skiing. In addition, Mike volunteers time coaching youth football and being active at Bayside Community Church. 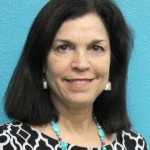 Dorothy received her degree from the University of Florida and is presently Director at Farr Law Firm since 2003 where her practice focuses on estate planning, probate and trust administration, real estate, and corporate law.
She has been a member of the Florida Bar since 1988 when she started practicing environmental law. After practicing in Miami and Milwaukee, Dorothy owned a company that manufactured and distributed reverse osmosis water treatment equipment which she sold the company in 1998. She then represented abused and neglected children as a volunteer, then an attorney with the Guardian ad Litem Program. 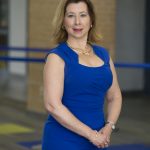 Cassandra Holmes joined the staff of the State College of Florida Foundation as the Executive Director on April 7, 2014. She is a graduate of Santa Fe Community College, the University of Florida, and the University of Central Florida; and her experience includes over ten years in development and over nine years in finance. Cassandra is a member of the Manatee County Chamber of Commerce, Sarasota County Chamber of Commerce, Venice Chamber of Commerce, Leadership-Manatee Alumni Association, Association of Fundraising Professionals, and Junior League of Manatee County-Sustaining Member. She enjoys family time with her husband (Ted) and two daughters (Abigail and EmmaLee). 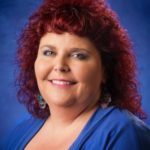 Jodi is currently Vice President and Senior Relationship Manager, Commercial Banking, with BMO Harris Bank. She was born and raised in Bradenton, FL. She is married to husband Jim and they have one 17 year old son, Grant. She attended the University of Florida and has a Bachelor’s of Science in Business Administration-specializing in Finance. Jodi started her career in banking in 1990, all of it in the Bradenton/Sarasota area except for 3 years in the Orlando/Kissimmee area. She attends Bayside Community Church and is active on the Board of Directors for the State College of Florida Foundation, Manatee Family YMCA and We Care Manatee. 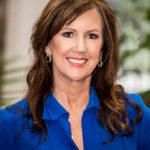 Dianne Anderson, an associate with Remax Platinum Realty, joined the board May 17. She grew up in Orlando and went to Furman University in Greenville, S.C. She began her career as a financial advisor, and has served as a volunteer, mentor and fundraiser in education throughout her career. She has coached youth sports and serves on the executive committee of the YMCA Going for the Gold. She also volunteers as a Y Angel, providing outreach, support and funding to children in need. 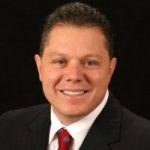 Dom is the President & CEO of Lakewood Ranch Business Alliance.  Prior to that, he previously worked in the banking industry for more than 30 years, most recently as division CEO-Central Florida for Synovus Bank in St. Petersburg.  He is passionate about causes helping children and had served on the LWRBA board and executive committee since 2017. Dom, along with his wife Rita of 25 years and their three children, has been a Lakewood Ranch resident for over 13 years. For fun, he enjoys spending time with his family on his “freedom boat.” 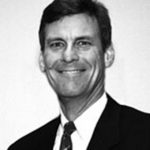 Robert T. (Bob) Klingbeil, Jr. is a native of Florida and has resided and practiced law in Venice since 1983. Bob attended the University of Florida in Gainesville and majored in accounting, obtaining a BSBA, with High Honors, in 1979. In the fall of 1980, Bob returned to the University of Florida and entered the College of Law from which he obtained his law degree, with honors, in 1982. Bob began practicing law in Venice in January, 1983 and, effective January, 1993, established his own law firm with Greg Roberts, known as Klingbeil & Roberts, P.A. In his law practice, Bob concentrates in the area of estate planning, wills and trusts, probate administration, and guardianship. In addition, he does general corporate work for clients and is a member agent of Attorneys’ Title Insurance Fund, Inc., preparing real estate contracts, handling real estate closings and issuing title insurance. 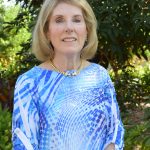 Lois received her master’s degree in teaching English from Teacher’s College, Columbia University. She taught middle and high school for 33 years in Chatham, N.J., before retiring and moving to Sarasota in 2010. Her mission as a teacher was to get students to college. She worked at a college preparatory school and nearly every student transitioned into college.

Lois’ passion is the theater and you may meet her at SCF productions, as well as other productions across the region. She and her husband, who plays classical and flamenco guitar, can also be seen at various music venues. Lois is impressed with the music program at SCF and has pledged to support the music and arts programs at the College, as well as student academic achievement through education and scholarships. 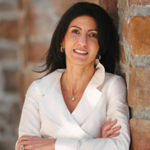 Barbara Najmy, a lifelong resident of the Sarasota area, joined the board May 17. She has a diverse professional background, including real estate, marketing, high-end retail, sales and management, and new home construction. She joined Michael Saunders & Company in 2003 and has brokered some of the area’s top luxury sales, including closing the highest single sale in the company’s Lakewood Ranch office. She and her husband, Joe, have a strong sense of community. They are both longtime board members of the Lakewood Ranch Community Fund, and Najmy supports and chairs fundraisers for Easter Seals of Southwest Florida and Jewish Family & Children’s Services. 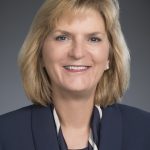 Dr. Carol F. Probstfeld is the sixth president of State College of Florida, Manatee-Sarasota. Established in 1957, SCF is the area’s oldest and largest public college with more than 50,000 graduates. With campuses in Bradenton, Venice and Lakewood Ranch and an online presence, SCF serves 11,000 credit students annually and another 14,000 noncredit participants. Dr. Probstfeld was named SCF president in January 2013.

Dr. Probstfeld came to SCF in 2003 as vice president of business and administrative services where she oversaw the budgets and administrative operations for SCF, a $100 million enterprise that makes a $432 million annual economic impact on the region. The College prepares students for university transfer with its Associate in Arts degree or for immediate employment with 29 workforce Associate in Science degrees, 6 Baccalaureate degrees and 28 certificate programs.

As SCF president, Dr. Probstfeld is committed to building and nurturing relationships and focusing on enhancing the student experience. Her 23 years of higher education experience at small private institutions and large public colleges includes a track record of fostering collaboration and partnerships.

Dr. Probstfeld is leading SCF’s efforts to Boldly Engage its students, faculty, staff and community partners to achieve the goals of the college’s 2015-2020 Boldly Engaging strategic plan. In the five-year plan’s first three years, SCF has purchased property for a new Parrish campus, added signature programs to its Venice Campus, enacted multiple strategic enrollment initiatives, created a Leadership Development program to mentor its employees, and launched a comprehensive communications and marketing plan, among many other accomplishments. Dr. Probstfeld successfully engaged state lawmakers to receive $17.6 million to build the Library and Learning Center on the Bradenton Campus, a state-of-the-art facility that opened in February 2018.

Dr. Probstfeld has preserved the tradition of Health Sciences excellence at SCF. The nursing program annually records one of the highest certification rates in the state of Florida and the physical therapy assistant, occupational therapy assistant, dental hygiene and radiography programs have a 100 percent licensure pass rate. In 2018 SCF introduced the BSN in 4 program to create an additional pathway for nurses to earn a Bachelor of Science in Nursing degree to meet regional hospital employment needs.

Under her leadership, the SCF Foundation launched its first Capital Campaign in 2016 to provide facilities that enhance the student experience. This campaign is a strategic recognition of the change in the funding mechanism for capital funding. The Campaign financed $1 million in technological upgrades for the Library and Learning Center and includes a $3.5 million Studio for the Performing Arts and a $9.5 million Health and Human Performance Center.

Dr. Probstfeld served as the Florida College System Activities Association President (2017-18) and the Bradenton Area Economic Development Corporation Chair (2016-17). She provided statewide leadership to the Florida College System as Council of Presidents Chair (2015-16) and Policy and Advocacy Chair (2014-15). She is active in several local organizations, including the Manatee Memorial Board of Governors and the Sarasota Chamber of Commerce.

Dr. Probstfeld is from Whittier, Calif. She received her doctorate in Organizational Leadership from Argosy University, an MBA from John Carroll University, and bachelors degrees in Accounting and Marketing from California State Polytechnic University. She lives with her husband, Bill Murphy, and their “fur kids” – Kelly, a red smooth-coated Brussels Griffons, and Monte, a Yorkshire Terrier. 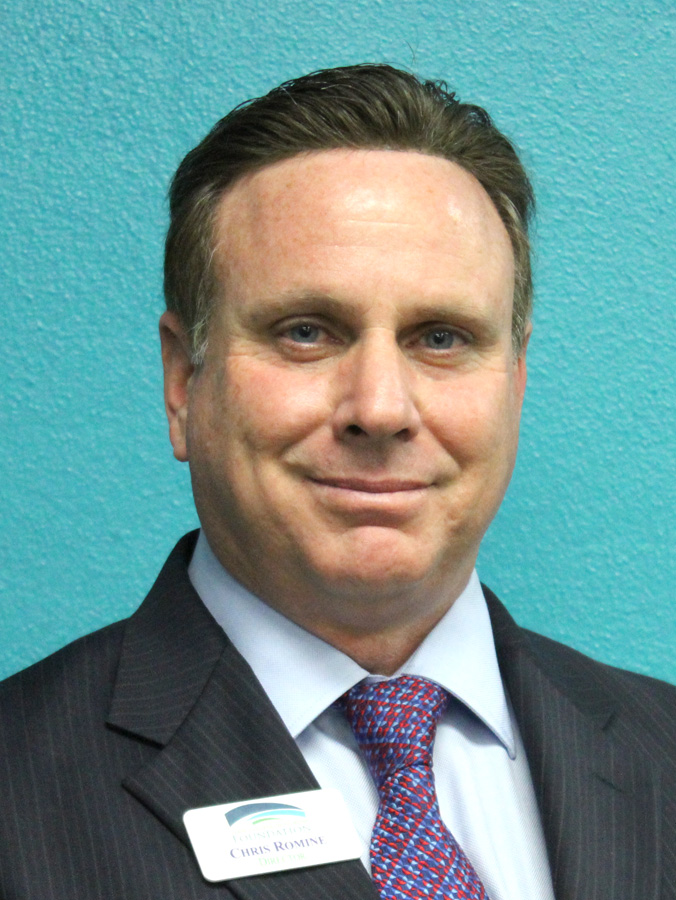 Chris, a resident of Manatee County, joined Northern Trust on October 7, 2002. Chris was previously with M&I Bank, as a Senior Vice President for 8 years, with responsibilities in Commercial Lending.

Chris attended the University of South Florida, graduating in 1984 with a Bachelor’s degree in Business Management. He is also a graduate of The Graduate School of Banking at LSU.

Chris and his wife, Lynn, live in Bradenton, Florida.

Chris has been or is presently active in The Humane Society of Manatee County, Chairman; South Manatee Sertoma, Past President; American Red Cross, Past Chairman – Manatee Chapter; Executive Committee Member and Co-Sponsorship Chairman of the Ringling Museum’s UnGala Gala. He is a graduate of the Leadership Manatee Program. 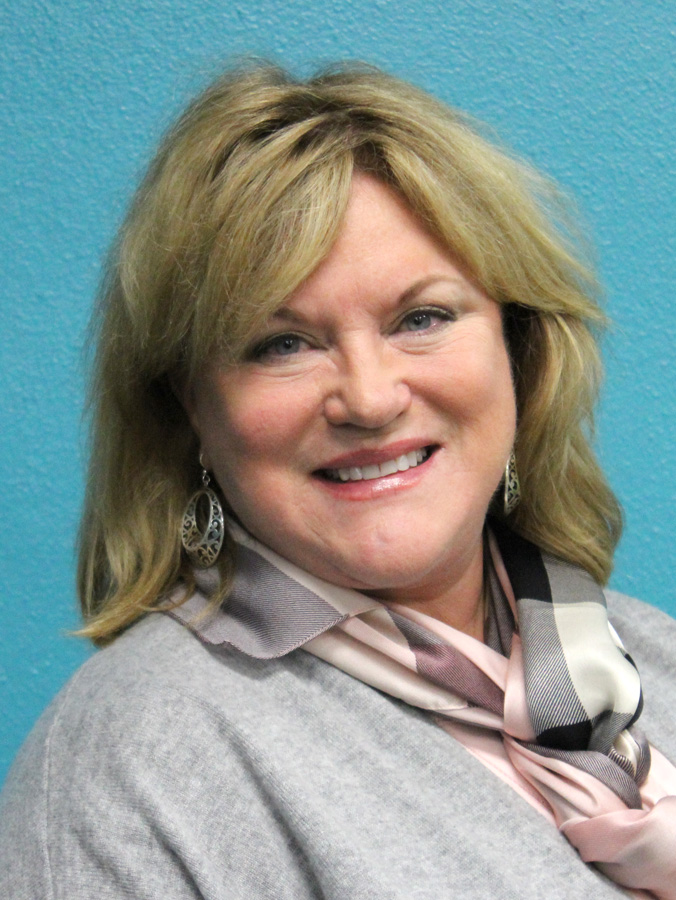 Born in Georgetown and raised in the Virginia suburbs of Washington DC, Pamela Swain retired to Siesta Key in 2007 with her husband, Bibb. They have 6 married children and 9 grandchildren in addition to many siblings. Pam graduated with a Bachelor’s of Science in Education and taught school in Virginia Beach, Va. She competed as a collegiate gymnast at Virginia Tech after which she was a gymnastics judge and commissioner on the state and national level for 26 years. Pam was a teacher in the City of Virginia Beach at a National Exemplary School in an extensive range of interdisciplinary areas and coaching. She served on numerous committees and boards in various sectors of leadership, guidance, and education.

While Pam continues associations with and a residence in Williamsburg, Virginia, her permanent home is in Sarasota where she has been involved in many community organizations. Pam and Bibb coordinate with Out of Door Academy in a life cycle program with chickens from their Myakka farm culminating in a school field trip for farm fun. Pam’s hobbies including writing, music, photography, decorating, travel, sports, and learning something new each day. Her involvement with SCF brings together her dedication to education and desire to help Manatee-Sarasota residents improve their lives. She is grateful for her position to serve on the Foundation Board of State College of Florida.